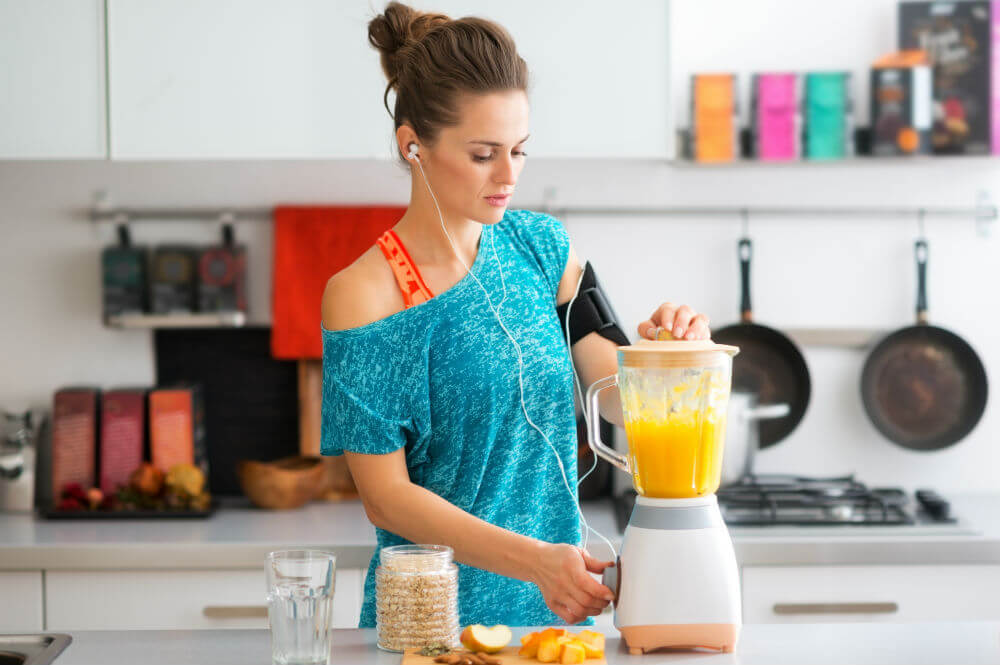 The food processor and the blender are some of the most common appliances we see on every kitchen countertop. These two appliances are very useful in making food preparation quicker and easier.

The food processor, previously called Le Magimix, is the brainchild of Pierre Verdon. This is actually the compact version of his restaurant scaled food processor called, Robot-Coupe.

In addition, the first food processor was exhibited in Paris in 1971. Then, an American inventor and engineer named Carl Sontheimer polished Verdon’s invention which led to the production of Cuisinart.

The Cuisinart was then exhibited in Chicago in 1973 which was a huge success. This caused other manufacturers to make similar models, and by 1970’s, thousands of units of this appliance were sold.

Ever since then, this appliance has been used in restaurants and homes to make food preparation easier. Below are some of its uses.

The main blade of the food processor is used to chop nuts and vegetables; moreover, this is one of the primary purposes of this appliance.

This blade commonly chops vegetables or other ingredients into tiny pieces. Furthermore, the size of these pieces depends on how long you will run the machine.

This appliance oftentimes comes with a disk that is used for slicing vegetables such as onions and carrots. You can also slice fruits in this machine. To do this, you need to fit the disk for slicing in the work bowl then, shut the lid.

After that, gradually add the vegetables by putting them in the opening at the top of the food processor while it is running. On select models, the slicing disks can slice in varied thickness.

This is one of the most popular features of the food processor especially to moms who like to make baby food. Other than baby food, you can also puree tomatoes if you want to make your own Marinara sauce.

Pureeing can sometimes cause the food processor to overflow when you have put too many fruits or vegetables in it; therefore, you have to be cautious on the amount you will be loading.

The food processor is a great tool to use if you want to grind beef, pork or chicken. The blade used for this function is the same blade you use for chopping.

This feature is awesome if you want to customize the texture of the minced meat you will be making.

Freshly grated cheese is far better than the ones you buy already grated. Fortunately, this is something that you can also do in a food processor which is convenient and saves your fingers from getting cut in the grater.

Aside from cheese, you can also grate vegetables like potatoes which are awesome if you want to make hash browns.

Making your own pie crust can be time-consuming, messy, and difficult if you will do it manually but this gets easier if you use a food processor. Most food processors also have a dough blade but, if none, the chopping blade will be able to do this function.

In addition, making your own bread dough is also possible with the help of this machine.

Food Processor vs Blender: What is a Blender?

The food blender was invented by Stephen Paplowski in 1922, and it was developed by Arnold Electric Company. That same year, the blender was also patented in the United States.

Meanwhile, Fred Osius started improving Paplowski’s design, and for that, he worked with Fred Waring which led to the creation of the Waring Blender. The Waring Blender has become a popular tool for mixing drinks, and it was even used to develop the vaccine for Polio. Today, the brand Waring is now part of the company called Conair.

This is one of the most common uses of the blender. You can blend milk, ice cream, and sweet sauces in this appliance to make delicious milkshakes.

The blender’s motor is very powerful that is why it is able to crush ice, and with this crushed ice, you can make frozen drinks such as cocktails and smoothies.

The blender is a great tool to use in making your favorite pureed soup.

Food Processor vs Blender: The Differences

Basically, the food processor and the blender have functions that are similar; however, the first difference they have is their blades. The blades of a blender are not sharp; the only reason this appliance is able to crush ice is that of its powerful motor.

On the other hand, the food processor has a razor sharp blade which is why it is able to chop, slice, and grate. While it is possible to make pureed soup in a food processor, it is not recommended because there is a risk of overfilling the bowl.

To sum it up, blenders have the advantage when it comes to processing liquids such as smoothies, soups, and milkshakes, while, food processors are superior when it comes to labor-intensive tasks like chopping and grating.

The food processor and the blender are must-haves in our kitchens because, as mentioned above, they make preparing food faster and easier. Neither of them is an all-in-one appliance which is why we need to have both of them.